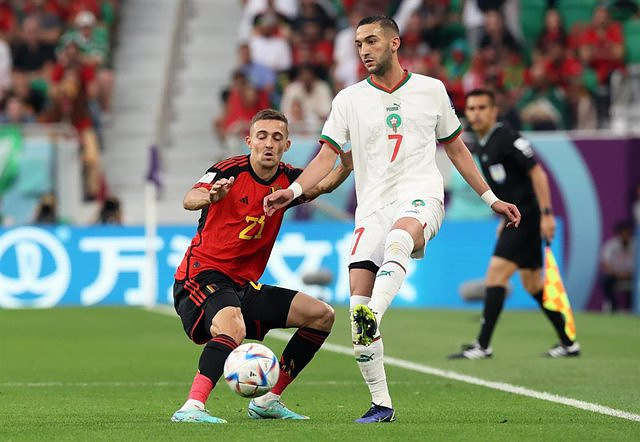 Spain will play next Tuesday (4:00 p.m.) at the Education City Stadium the pass to the quarterfinals of the World Cup in Qatar against Morocco, one of the revelations of the World Cup event and which has already caused many problems for the 'Red' last time they saw each other's faces.

The team coached by Luis Enrique Martínez finally ended up in second place in Group E against all odds after losing the lead to Japan, who defeated them 2-1, while the North African team surprised in Group F, where they beat Croatia, with the one that tied without goals, and Belgium, which they defeated 2-0, a sample of the danger of a team with a lot of talent and defensive solidity since they have only conceded one goal in the entire group stage.

The triple European champion already knows that she will have a difficult duel and the last time she faced 'Los Leones del Atlas' she suffered the unspeakable. It was at the close of the group stage of the last World Cup in Russia and only a goal by Iago Aspas in the 91st minute saved a tie at two. The man from Moaña also opened the scoring, but the Moroccans, already eliminated, came back with goals from Boutaib and the now Sevilla player En-Nesyri.

That meeting was the third in the history of both teams, who met for the first time in the qualifying phase for the 1962 World Cup. Then, Spain prevailed in both games by 0-1 and 3-2.

On the other hand, the other eighth final that was completed this Thursday was the one that will measure Croatia, second in Group E and current runner-up in the world, with the also surprising Japan, which has never been in the quarterfinals of a World Cup. The duel will be on Monday 5 at 4:00 p.m. at the Al Janoub Stadium.