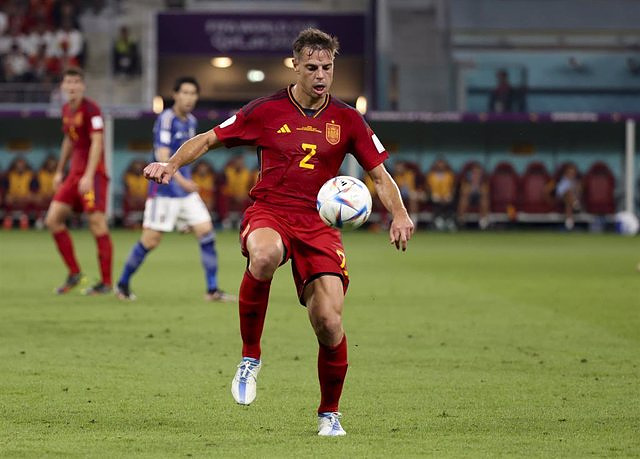 The Spanish soccer team has returned to training this Sunday after a day of rest with the winger César Azpilicueta and the goalkeeper David Raya working on the sidelines, all two days before Luis Enrique's men face Morocco in the round of 16 of the World Cup in Qatar.

'La Roja' began preparations for the first match of the qualifiers, which will be played on Tuesday at the Education City in Rayán, in their usual training place, where only two players worked outside the group: Azpilicueta and Raya.

The man from Navarre, who alternated at right-back with Real Madrid player Dani Carvajal in the group stage, is recovering from a blow to the soleus of his left leg that he suffered in the defeat against Japan, where he had to leave the pitch at halftime .

Both Azpilicueta and David Raya, with ankle discomfort, did several minutes on the exercise bike before being treated for their ailments while the rest of the group was preparing tactically for the match against Morocco.