Real Madrid, to catch a run at the Palace

Real Madrid, to catch a run at the Palace. 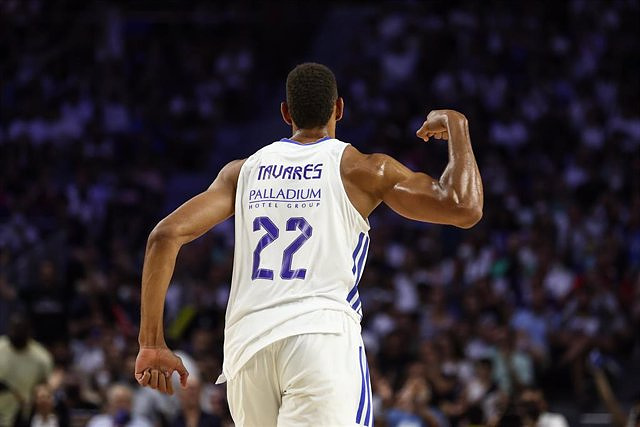 Real Madrid, to catch a run at the Palace

Real Madrid receive this Thursday (20:45) ALBA Berlin in the eighth day of the Euroleague at the WiZink Center, with the intention of giving regularity to the continental competition with the third victory in a row, against an opponent who wants to climb to the 'Top 8'.

The white team defeated Anadolu Efes last week, also in the heat of the Palacio, and redeemed themselves from previous setbacks at the expense of the champion. Chus Mateo's men rested over the weekend due to the 'FIBA' national team break and, against the Germans, they hope to take a run in Europe and settle in the 'playoffs' area.

The duel against Efes cost Guerschon Yabusele an injury, a knee ligament sprain, but it served to clear up certain doubts. The last defeat in the League against Casademont Zaragoza was the one that raised the buzz about Chus Mateo and a team that did not start as well as other years with Pablo Laso.

The Madrid coach needs time for a continuation project but with new pieces and, little by little, he hopes to achieve stability and a good position to fight for the titles. Injuries have also been an obstacle for Madrid in this first third of the competition, with the return of Williams-Goss now.

The point guard was injured in the last 'Final Four' and, although he enters the call, Mateo does not seem to have the intention of forcing him, as will happen with Causeur. Rudy Fernández is still sidelined with a wrist injury, as are Carlos Alocén and Anthony Randolph. All in all, Madrid aspires to link three European victories, after already signing two for the first time.

With 4-3 in fifth position, the 10-time European champion managed last week to enter a 'playoff' zone that he hopes to consolidate, against a rival that precisely aspires to reach it (3-4). The Germans started the season 3-0 but then collapsed in attack, dropping their scoring average by nearly 20 points.

Luke Sikma, Louis Olinde and Christ Koumadje lead the Spanish team Israel González, who likes to run, like Madrid. The whites, without Yabusele, will have to close the rebound with Tavares, leader of last year's crushing victory against ALBA, and Poirier. Meanwhile, Dzanan Musa, Gabriel Deck and Mario Hezonja are also putting together a remarkable campaign, without forgetting the courage and points that Llull continues to put up.