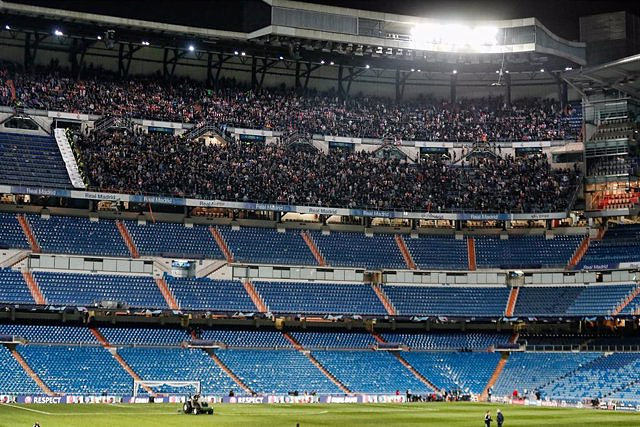 Real Madrid has stressed this Wednesday that the number of tickets that it has made available to Atlético de Madrid for the Copa del Rey quarterfinal derby this Thursday (9:00 p.m.) is "the same" that the merengue entity receives "when he visits the Metropolitan Stadium", in accordance with what was agreed by both entities "in the framework of the extraordinary relationship" they maintain, according to a statement.

"Our club wants to make it clear that the number of tickets assigned to Atlético de Madrid is the same that Real Madrid receives when they visit the Metropolitano stadium, corresponding to what was agreed by both entities within the framework of the extraordinary relationship we maintain", stated the note issued by the white club.

As a result of the information that the number of tickets for the visiting zone in the Madrid stadium would be lower, the Merengue team wanted to insist in their statement that "the sale and assignment of tickets for the Santiago Bernabéu comply at all times and always the regulations in force in each competition".

In addition, the statement added that it is "absolutely false" that Real Madrid is going to prohibit fans wearing shirts from the rival team from entering the Santiago Bernabéu stadium. "This is how it has always been, as can be seen in every game held in our stadium, and it will continue to be so," he forcefully asserted.

"Real Madrid hopes and hopes that this next derby will be a football party that nothing and no one should tarnish with absolutely false information," concluded the statement from the white club, which will face Atlético this Thursday at the Bernabéu, with a position for Cup semifinals at stake.