Qatar denies the presence of fake fans at the World Cup 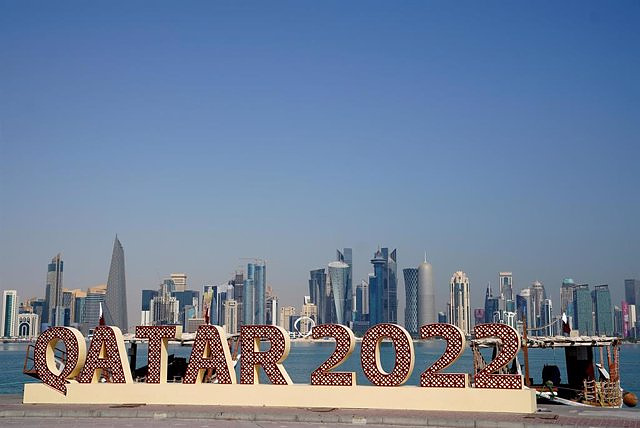 The Supreme Committee of Delivery and Legacy (SC) of Qatar 2022 denied the hiring or presence of false fans to encourage different teams during the World Cup that starts this Sunday, and called the statements that point to the existence of these assumptions "disappointing". 'fake fans'.

"Numerous journalists and commentators on social media have questioned whether these are real fans. We flatly reject these claims, which are both disappointing and unsurprising," the committee said in a statement.

A strong response to the statements or rumors that there would be fake fans in Qatar, paid by the organization, to encourage the atmosphere prior to the start of the World Cup.

"Four days before the start of the FIFA World Cup Qatar 2022, expectation and enthusiasm are growing in Qatar as we prepare to welcome the world," said committee said in this regard.

In addition, they emphasize that fans from all over the world -- "many of whom have made Qatar their home" -- have contributed to the good local atmosphere, organizing "walks and parades of fans throughout the country" and receiving the different teams in their concentration hotels.

"Qatar, and the rest of the world, is made up of a wide variety of football fans. In different places fans have different traditions and ways of celebrating, and while that may be in contrast to what people are used to in Europe or South America, does not mean that the passion for football is less authentic in Qatar", defends the Committee for the Catarian legacy.

They also stressed that the first journalists who are on the ground in Qatar, who speak to and meet these fans, realize the reality.

"We look forward to continuing preparations for the start of the 2022 FIFA World Cup and truly representing a connecting moment for fans around the world, however they choose to support their favorite teams," the statement concluded.