Post a Comment Print Share on Facebook
Famagusta
DOLLAR 18,64
EURO 19,31
GOLD 1.052,37
BIST 4.970,90
Dogecoin Spike Fuels Meme Token Economy to a Huge Jump of Close to 10%
Report: Only 5.3% Spanish Crypto Investors have been notified to declare...
Why casinos do not allow kids to gamble
Payments giant Stripe launches pilot to test crypto payouts with Twitter
Vlad Ponomarev, CEO of Broxus, on Everscale and the Development of a Universal...
Quik.com now has Minting of.VR and.Metaverse Domains
The Biggest Movers: APE Up Almost 30%, ZIL, and AAVE are Wednesday's...
Paul Farhi, founder of Solidus AITECH, talks about Artificial Intelligence...
Malaysia holds over 600 people for stealing electricity to mine cryptocurrency
Central Bank of Sudan warns of risks associated with cryptocurrency

Piqué gives away his last shirt to the FC Barcelona museum 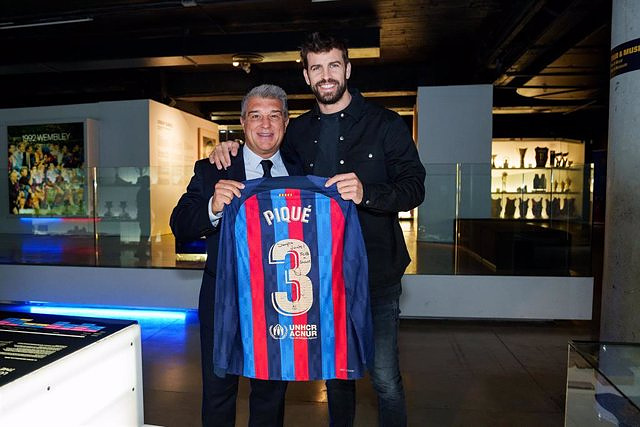 The already ex-soccer player Gerard Piqué delivered this Friday the last shirt he wore as a Blaugrana player, in the match at the Spotify Camp Nou against Almería, to the FC Barcelona Museum in the company of its president, Joan Laporta.

"I'm seeing it here, next to Leo Messi and Andrés Iniesta, and it's nice. It's very nice. I'm very proud and very happy to bring the last shirt to the museum so that people can enjoy it," Piqué assured in statements to club media.

And it is that the dedicated shirt, on its historic number '3' and with the motto 'Sempr3' on the chest already rests in the Blaugrana club museum, next to other historic shirts such as Leo Messi's '10' and the ' 8' from Andres Iniesta.

Thus, the museum already has an important part of the club's history, with the last shirt of a Piqué who won 30 titles as a blaugrana --8 Leagues, 3 Champions, 7 Copas del Rey, 3 Club World Cups, 6 Super Cups Spain and 3 European Super Cups--.

‹ ›
Keywords:
Fútbol Club BarcelonaGerard PiquéSpotify
Your comment has been forwarded to the administrator for approval.×
Warning! Will constitute a criminal offense, illegal, threatening, offensive, insulting and swearing, derogatory, defamatory, vulgar, pornographic, indecent, personality rights, damaging or similar nature in the nature of all kinds of financial content, legal, criminal and administrative responsibility for the content of the sender member / members are belong.
Related News 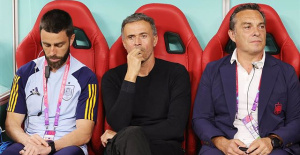 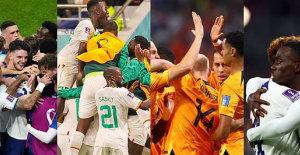 England-Senegal and the Netherlands-United States,...