Neymar's father assures that the footballer will return "for the final" 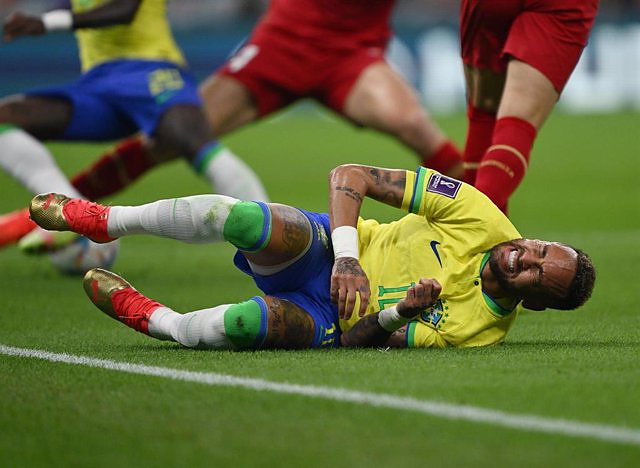 The father of the Brazilian international Neymar Jr., Neymar da Silva Santos, has assured that the footballer will recover in time from his ankle injury for "the final" of the World Cup in Qatar, leaving it up in the air if he will be available for the round of 16 duel and the hypothetical subsequent qualifying rounds.

"I think Neymar will be back on the field in the final and will do his best to win the World Cup together with his teammates. He will do everything possible to help them and win the competition together," he told talkSPORT radio.

The 'canarinha' is classified for the round of 16 and only needs one point to win their group after beating Switzerland (1-0) and Serbia (2-0) in their first two matches in the World Cup. The Paris Saint-Germain striker was injured in the duel against the Balkan team, and everything indicates that he will miss, in addition to the last game of the group stage, the round of 16 match.

The ex-Barcelonista is only two goals away from equaling Pelé's record of 77 with the national team. "The most important thing is that he can get back on the field and be at his best level. When he was injured earlier and came back, he was at his best," he explained.

"Everyone knows that Neymar is very important, a great influence on the pitch and on all his teammates. When Neymar is on the pitch it is totally different because he is number one. We know the importance of Neymar for the group", he concluded.