Neuer confirms that he will wear the rainbow bracelet in Qatar 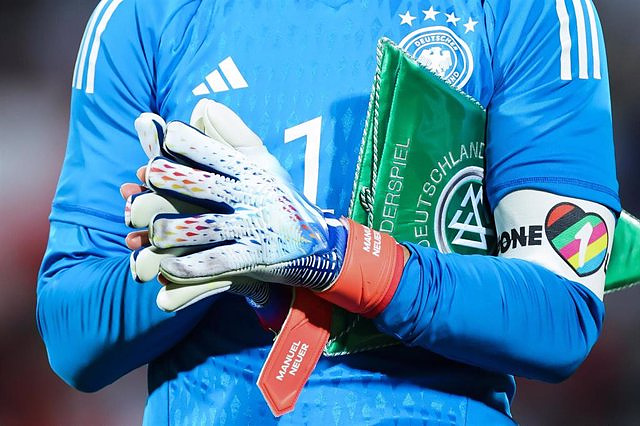 The German international Manuel Neuer confirmed this Saturday that he will wear the bracelet with the rainbow symbol and the legend 'One Love' at the premiere of Germany in the World Cup in Qatar 2022, on Wednesday against Japan.

When asked about it during a press conference of the German Football Federation (DFB), the goalkeeper of the German team responded with a resounding "yes".

The director of the DFB, Oliver Bierhoff, reacted with surprise to the alternative proposal presented this Saturday by FIFA, which consists of bracelets with social messages. "Naturally the short term is surprising. It seems that FIFA did not have a clear position," Bierhoff said.

The DFB had announced in September that, together with other great soccer nations such as England and the Netherlands, it intended to wear the captain's armband during the World Cup as a symbol of equal rights and freedom of opinion.

Since winning the World Cup, Qatar has been criticized for human rights conditions in the country and its treatment of the LGBTQ community. FIFA presented several of its own options for captain's armbands this Saturday, with slogans such as '

However, Bierhoff announced that they will continue to coordinate the rainbow bracelet action with the other countries. "We start from the fact that we can continue using the bracelet," he said.

Until now, FIFA has not banned the captain's armband in support of the 'One Love' movement. According to the statutes, political demonstrations are prohibited.

The president of the German Football Federation, Bernd Neuendorf, had made it clear on Friday that he would maintain the action despite the fact that it involved sanctions such as a financial fine.

Neuer, meanwhile, stressed the importance of joint action with the other teams. "It is good that we have power with other Western European countries. It is good that we are not alone in this," said the 36-year-old goalkeeper, who assured that he is not afraid of putting on the bracelet. 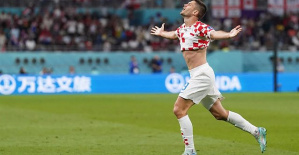