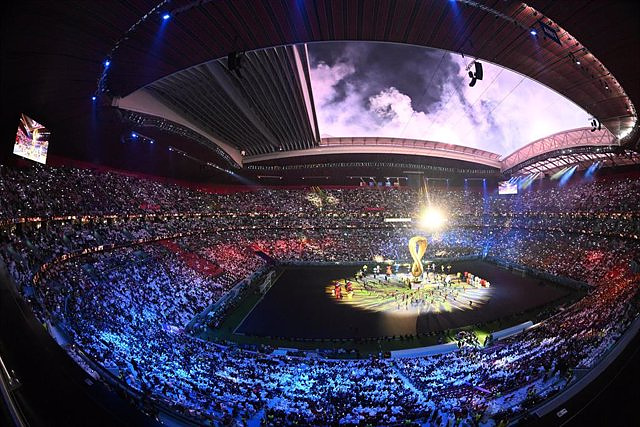 The American actor Morgan Freeman and the South Korean singer Jungkook, a member of the K-pop band BTS, have been two of the protagonists of the opening ceremony of the World Cup in Qatar, which started this Sunday at the Al Bayt stadium in the town de Khor with a spectacle of music, color and fireworks to welcome the first World Cup in the Arab world.

The Emir of Qatar, Tamim bin Hamad Al Thani, expressed his excitement at the arrival of an appointment that the country has been waiting for for more than a decade. "The day we have been waiting for so long has finally arrived. People of different religions and beliefs will gather here. Their diversity unites them," he noted.

The ceremony, through which mascots from previous World Cup events such as 'Naranjito' (Spain'82) were paraded, featured a huge fireworks display before FIFA President Gianni Infantino welcomed football. "Let the show begin," he sentenced.

Several artists have refused to participate in the ceremony due to the systematic violation of human rights in the Asian country, especially in relation to the treatment of women, the LGBT community and migrant workers.

Britain's Dua Lipa said last week she would not participate in the tournament and that she hoped "to visit Qatar when it has fulfilled all the human rights promises it made when it won the right to host the World Cup."

British singer Rod Stewart also turned down "an enormous amount of money" because he didn't think it was "right to go to a country with those ideas and values." The Colombian Shakira, who performed the official song of the 2010 World Cup in South Africa, also refused to participate in the opening ceremony.