Morata: "We've had a little bump, but we have an incredible opportunity" 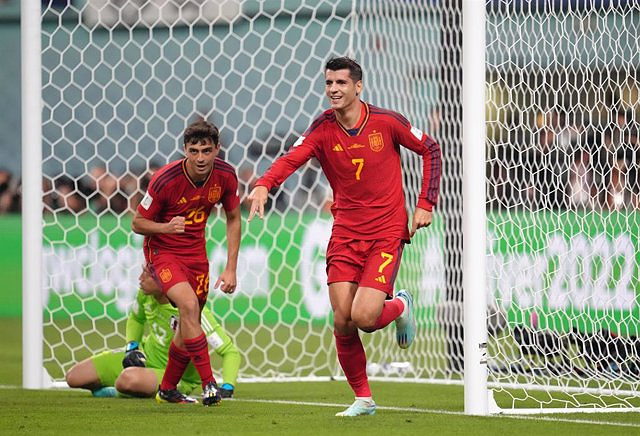 The forward of the Spanish team Álvaro Morata recognized this Saturday as a "small bump" the defeat against Japan at the end of the group stage of the World Cup in Qatar, but stressed that they have "an incredible opportunity" to go far in the tournament.

The striker from Madrid scored against the Japanese as he also did against Costa Rica and Germany, scoring his 30th goal in 60 international matches. "It's very nice to see me on the list of the national team's top scorers, with those names. I thank you for worrying about me," said a video published by the Royal Spanish Football Federation (RFEF).

Morata confessed to the messages he receives from other distinguished internationals. "Hierro, Morientes, Butragueño, Fernando Llorente, they send me messages and they are always cheering me on. Capdevila has been telling me for a year that he was going to be in the World Cup. Every time I have a nice moment I also remember it," he added. .

On the other hand, the Spanish striker referred to the defeat on Thursday against Japan, which made them second in Group E. "What you have to look at is December 20 where we have arrived. We had a small bump but it is to fix things as soon as possible. We have an incredible opportunity. We are aware of the opportunity and what it entails," he said.

"There are many national teams with great players but we have a great team, because of how we play football and because of the group of people we have. Hopefully we can go as far as possible, if not, we will all feel proud to have belonged to this group and have fought together", he concluded.