Mateu Lahoz debuts in the World Cup with Qatar-Senegal 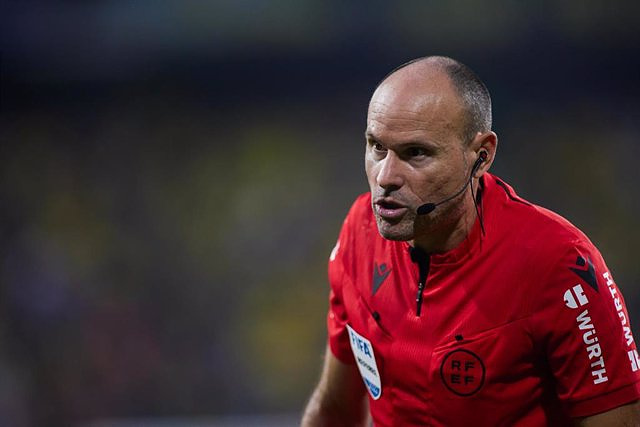 The Spanish referee Antonio Mateu Lahoz debuts this Friday in the World Cup in Qatar with the Group A match between the hosts Qatar and Senegal (2:00 p.m.), in his second World Cup appointment as main referee.

Mateu Lahoz made his debut in Russia 2018 with two games (Denmark-Australia and Iceland-Croatia) and this Friday he will direct his third game in a World Cup, the first in Qatar 2022.

He will also do so directing the host team. Both Qatar and Senegal lost on matchday one to Ecuador and the Netherlands, so they will have to bet big on victory to stay alive.

The Valencian international will be accompanied by Alejandro Hernández Hernández from the Canary Islands, who will act as VAR in his World Cup debut, while Ricardo de Burgos will act as AVAR and Martínez Munuera as AVAR's assistant.