Lopetegui: "I came to Wolves because I believe in the project" 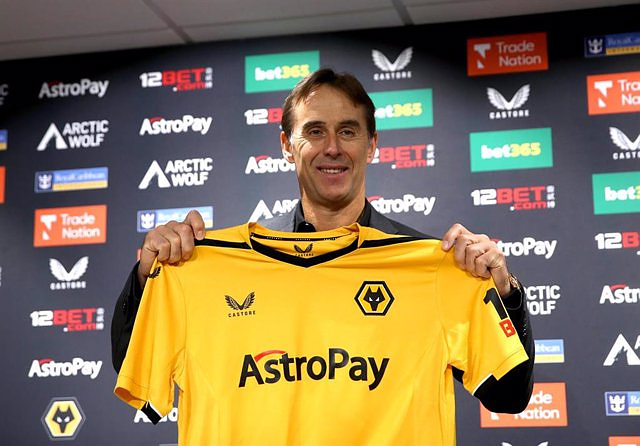 The new coach of the Wolves, Julen Lopetegui, assured this Monday that if he signed for the English team it is because he believes "in the project", as well as to "change" the course of the team and make "the fans enjoy" with the club , a "difficult" challenge, as well as "exciting".

"I am here because I believe in the project. I know that we have a difficult task, but in the same way I think it is exciting and challenging. Now the players have ten days to regain energy and confidence, and not think about the past. I think we have to think about the future and the future is day to day, working hard and believing in our strengths," said the Basque coach in his first interview for the English club's official media.

Lopetegui has taken charge of the team this Monday, although his signing was announced last Saturday, November 5, after the dismissal of Bruno Lage. The team is bottom with 10 points, after the last defeat (0-2) against the leader Arsenal this Saturday, a game that the Basque already watched from the stands.

The former Sevilla player acknowledged that this latest result was "a shame", because he believes that the team "deserved more" and "need more". However, he thanked the support of the fans before the match, in a kind of presentation. "It was a great moment for me. When you can see the faces, for example, of an old man with the passion of a child, for me this is football. We are here to enjoy it, as well as to change our direction and help the fans to enjoy the team and make them happy. It's our first goal, we're going to work very hard to achieve it," he added.

"It will not be an easy task, but football and life is about being able to overcome difficulties and hard times. My main task is to convince them that they are capable of doing it. The solution is not the coach, the solution is them." themselves and in the locker room," he warned the locker room.

And to achieve the goal of abandoning relegation, he pointed out that "there is only one way: victories." "To win games you have to work very hard, change some things, believe in these players, try to improve. I think we also need new things," he explained.

On the other hand, he stressed that Wolves is "a great club, a great project", with "a great stadium", as some of the reasons for signing. "I have a bit of a special history with the team because six or seven years ago I had the opportunity to come here. At the last moment I changed my choice because the Spanish team called me. A month ago I had a personal problem with my father, but I think that they knew how to wait for the right moment. They wanted me", he stressed, before putting in value the efforts of the club for his arrival.

"They have shown great respect for my personal situation. I feel this respect, they insisted a lot, and now I am here, and I am very happy. I think the whole club knows the situation, but I think at the same time we have time to change this." manifested.

Finally, he urged to be a "good pack" in reference to the club's emblem, the wolf, whose strength "is in the pack." "We have to develop all our skills as a team. Football is collective. We have to understand that and show it," he concluded.