Flick: "We are brutally disappointed, the individual errors of the second part should not happen to us" 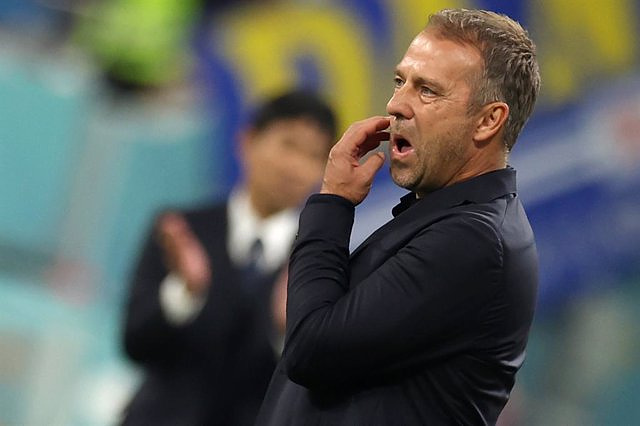 The Germany coach, Hansi Flick, assured that they are "brutally disappointed" after this Wednesday's defeat against Japan (1-2) at the World Cup in Qatar where they made "individual errors" in the second half that cannot "happen" to them. a team like yours.

"We are brutally disappointed, not only me, but also the coaching staff and the players. We had 78 percent possession in the first half and deservedly took the lead, and in a phase in which we were superior, we had many chances on goal, but we didn't take advantage of them and Japan beat us in effectiveness", Flick pointed out on the website of the German Federation.

In addition, the coach stressed "the individual mistakes" they made in the second half should not "happen" to a team like his. "We need to get the players back now. We will analyze the game and we have a lot to do, but we have the quality to beat Spain. That is our focus now," he said.

For his part, captain Manuel Neuer agreed with his coach in the analysis. "The reasons for the defeat were missed chances and insufficient defense. Japan pressed up and we lacked calm and good positioning. We made our opponents strong," he said.