Fernando Alonso debuts with Aston Martin only behind the Ferrari 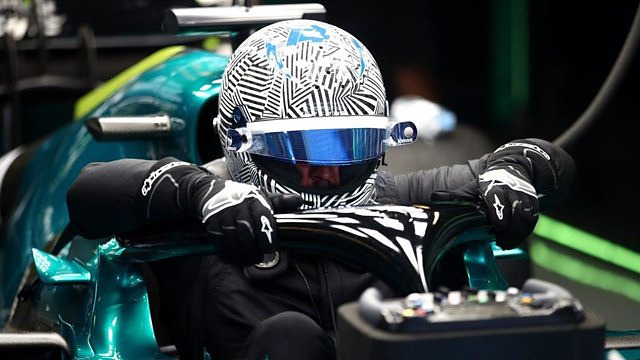 The Spanish driver Fernando Alonso made his debut this Tuesday at the controls of the Aston Martin that he will drive during the 2023 season with the third best time in the morning session of the first Pirelli pre-season tests in Abu Dhabi, at the Yas Marina Circuit, where several runners have debuted with their new colors.

Undoubtedly, the main attraction of the session to test the tires for next season was to see how the Asturian changed the Alpine blue for the Aston Martin green, where he now occupies the place of the already retired Sebastian Vettel.

With an AMR22 without any publicity, the two-time world champion rolled 71 laps on the Emirati track, where he could not finish the last Grand Prix of 2022 on Sunday, and set a 1:26.312 that placed him third on the time table.

The Monegasque Charles Leclerc (Ferrari), runner-up in the world, dominated during the morning by being the only one to go down from 1:26 with a 1:25.383 that earned him to command the session ahead of the young driver of the 'Scuderia' Robert Schwartzman (1:26.067).

The Mexican Sergio 'Checo' Pérez (Red Bull) and the Frenchman Pierre Gasly, Alonso's substitute in Alpine after leaving AlphaTauri, completed the 'Top 5' behind the Spaniard. The morning also saw the return to Formula 1 of German Nico Hulkenberg with Haas, while Australian Oscar Piastri and Dutch Nyck de Vries made their official debuts with McLaren and AlphaTauri, respectively.

In the afternoon it will be the turn for drivers like the current champion, the Dutchman Max Verstappen (Red Bull), the Spanish Carlos Sainz (Ferrari), the British Lewis Hamilton (Mercedes) or the Canadian Lance Stroll, now Alonso's teammate at Aston Martin .

‹ ›
Keywords:
Fernando AlonsoFormula 1FerrariPirelliAston Martin
Your comment has been forwarded to the administrator for approval.×
Warning! Will constitute a criminal offense, illegal, threatening, offensive, insulting and swearing, derogatory, defamatory, vulgar, pornographic, indecent, personality rights, damaging or similar nature in the nature of all kinds of financial content, legal, criminal and administrative responsibility for the content of the sender member / members are belong.
Related News