David Villa: "We are making a mistake if we are thinking about what happened in South Africa all the time" 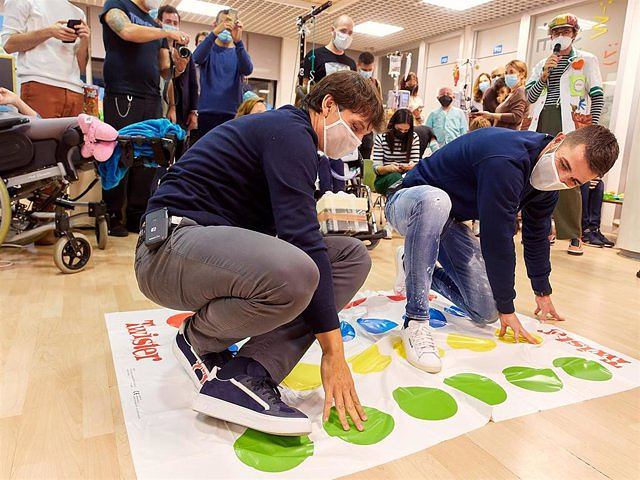 The all-time top scorer for the Spanish team, David Villa, is confident facing the World Cup in Qatar 2022 with the options of 'La Roja', but warns that it would be an "error" to constantly think about what happened in 2010, when Spain won the World Cup in South Africa.

"I always say the same thing. Let's make a mistake if we are thinking all the time about what happened in South Africa, if we are looking for a new Casillas, the new Piqué, the new Xavi. I think it's a big mistake that I'm not going to They are new, different players, and the only thing I can say is that I think they have plenty of quality to be able to reach the end", Villa told Europa Press after participating in a solidarity action held at the La Paz Hospital promoted by the Fundación Theodora.

In this sense, the Asturian sees a great team on Luis Enrique's list with whom you have to be "to the death". "We always want to talk about those who are not there. He has already given the list, he is the best one who can choose them and surely they can do a great job", he explained.

"I trust them to the fullest. In recent years they have shown us all that in difficult moments they take things forward. I think they have a great coaching staff and a great squad, young in age, but at the same time experienced by the matches that they carry and from my side, full confidence in them", insisted the 'Guaje'.

The 2010 champion opens this Wednesday against Costa Rica, the beginning of a journey in which Villa dares to make a prediction. "My prognosis for the selection is to win. I only hope that they can win and I am confident in it," she concluded.