Busquets: "It's a dream to be the only Spaniard with two World Cups" 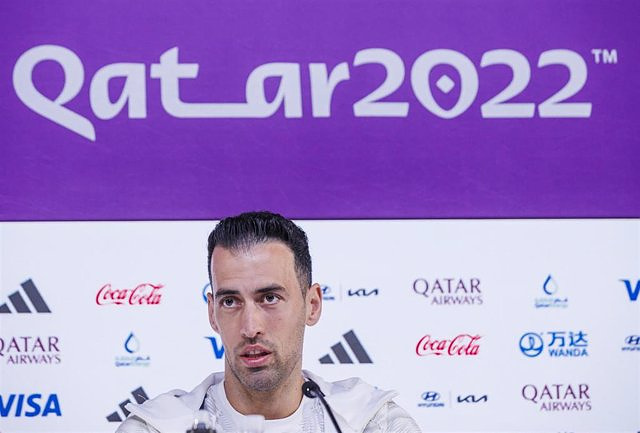 The Spanish international Sergio Busquets has assured that it would be "an illusion and a dream" to be able to become the only Spanish player to win two World Cups, after being present at the success of South Africa 2010, in addition to warning of the danger of the first World Cup match, that will arrive this Wednesday against Costa Rica.

"Of course I have thought about it, to be able to help, to be able to repeat it and to be the only one. There are still many things left, when I get the ball rolling I will forget it, but of course I would like to. It is always an illusion and a dream to be able to achieve it," he declared in Press conference.

In this sense, he is "sure" that the group can aspire to get the second star. "We know it will be difficult, because there are seven games, but why not win it?" He warned, although he did not want to reveal if this will be his last World Cup.

"We have to prepare in the best way, we know what we have to do. We are a difficult team to beat. I am focused on the World Cup and I have not made a decision. I have come to enjoy, but I am closer to this being my last World Cup than playing another one in four years," he confessed.

Regarding his role in the team, now as captain, he explained that it is something different "from the last World Cups". "Maybe I have more experience. I try to help everyone feel important and be an example, and I think we're on the right track. The rest of the captains have experience as well," he said.

Regarding the first game, he acknowledged that "it may be" the most difficult. "Starting with three points gives you peace of mind. But in 2010 we started losing and we won the World Cup. Winning can come in handy in a group where there are few players who have played in a tournament like this," he said.

The FC Barcelona midfielder also ensured that the group, despite its youth, is "very compact and solid". "I have told my teammates that we have to be true to our style," he said. "We have played Eurocups and big tournaments. The lack of experience can be replaced with other things. In the end, the mix of veterans and youngsters is very good," he said.

In another order of things, he highlighted the importance of wingers in the game in Spain, where "the strength is in the group." "Our system is based on being protagonists, on having the ball and on recovering it quickly. The wingers are the first to start that pressure and they are very important. That's why we have so many and so good and the coach can choose", he declared.

Finally, Busquets assured that he sees Ansu Fati "very well". "Maybe he's not getting all the minutes he wanted or needed, and Spain's call for the World Cup has given him extra energy and confidence to show how special he is. I've seen him well in the friendly and in training ", finished.