Benzema misses the World Cup due to injury 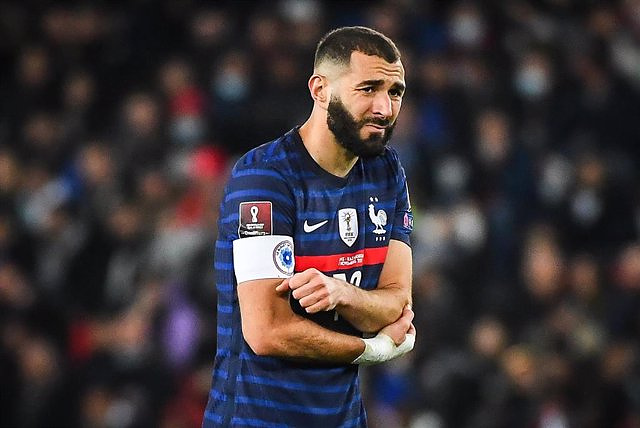 The striker of the French team Karim Benzema will not be able to play in the 2022 World Cup in Qatar after an injury suffered this Saturday during training, which he had to leave, so he will not be able to help the current champion defend the title.

Benzema, who was in cotton pads with discomfort for the last month with Real Madrid, trained for the first time with the group this Saturday and was unable to finish the session due to discomfort. The French medical team carried out tests on him and the French Football Federation (FFF) announced at night that he was no longer eligible for the Ballon d'Or for the World Cup.

"I am extremely sad for Karim, who made this World Cup an important goal. Despite this new blow to the French team, I have full confidence in my group. We will do everything possible to meet the enormous challenge that awaits us." said the national selector, Didier Deschamps.

The FFF website posted these statements by its coach, as well as Benzema's medical report, on its website. "An MRI was performed at a Doha hospital, which unfortunately confirmed a rectus femoris injury, which will require a three-week recovery period," he says.

The Real Madrid player, who played in Brazil in 2014, will miss the World Cup again after his absence in Russia in 2018, when he was separated from the team due to the 'Valbuena case'. Benzema was left without lifting the title four years ago and he will not be able to help his team in defense this year either.