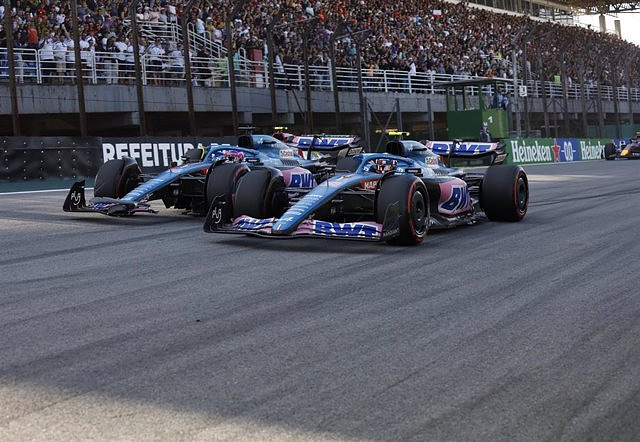 The Spanish Formula 1 driver Fernando Alonso (Alpine) celebrated a day without mishaps and with a great comeback to be fifth this Sunday at the Brazilian Grand Prix, where he leaves "happy" and with the option of enjoying the last appointment from Abu Dhabi.

"It's been 70 laps of the clock. This morning we had the optimistic forecast of finishing seventh making three stops, so we went for three, but when a safety car comes out those laps are subtracted from the race in some way and it favors a little those with two stops," he explained in statements to Dazn.

The Spaniard summed up a local race, which he changed at the beginning and at the end for two safety cars. After the second, the radio asked Esteban Ocon to forget about Alonso, after his last incident in Saturday's sprint, and the double world champion reported him and three other drivers to be fifth.

"We doubted for a moment whether to do two, but in the end we did three and with the safety car at the end there was a lot of action and a lot of emotion, so I'm happy. Today we didn't crash, we kept our distance from the others, in that sense I'm happy ", he claimed.

In addition, Alonso highlighted the work for fourth place in the Constructors' World Championship. "An attacking race, after Norris retired we had a little more freedom to be aggressive, because we weren't losing points to McLaren anymore, so I'll have a good memory of Brazil at the end," he commented.

"We now arrive with a 21-point advantage, I think, we will have to endure that fourth, and Abu Dhabi to enjoy," he added.