Alonso, sanctioned with five seconds for the contact with Ocon 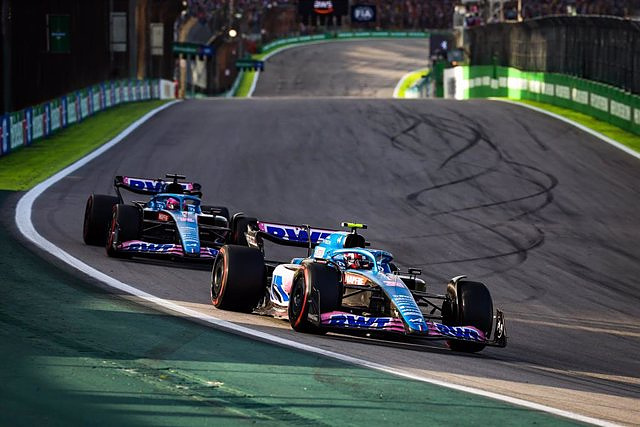 The Spanish Formula 1 driver Fernando Alonso (Alpine) was sanctioned with five seconds this Saturday after the sprint race of the Brazilian Grand Prix, for his contact on the straight with his teammate Esteban Ocon, for which he will start 18th instead of 15th .

The Stewards punished the Spaniard after calling both after a sprint in which they had a new clash when they met at the start. Ocon ran Alonso off the line at turn four, with the Spaniard narrowly saving the accident.

However, the double world champion had to pit, giving up his chances of finishing up and scoring points. After that first clash, both Alpine cars also touched on the straight, which was subject to a penalty because the stewards found that Alonso hit Ocon's car from behind at a higher speed.

After passing through the pits, the Spaniard climbed up to 15th position, even surpassing his teammate. The Frenchman, with damage to his car, finished the race 18th and his Alpine caught fire once parked. Finally, with the penalty of five seconds, in addition to two points on his license, Alonso will start 18th this Sunday.