Alonso: "It already makes me laugh, whenever we go out together he pushes me against the wall" 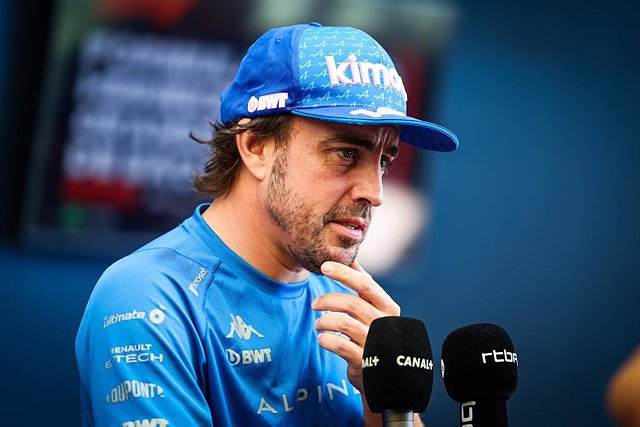 The Spanish Formula 1 driver Fernando Alonso (Alpine) lamented another incident with his teammate Esteban Ocon for which he was knocked out early in the sprint of the Brazilian Grand Prix, a situation that condemns the team to suffer to score this Sunday in the race.

"It already makes me laugh, being on the 15th and 18th, very funny," he said in statements to Dazn, collected by Europa Press. The Spaniard was expelled from the line by the Frenchman at turn four, at the start, with damage to his front wing and forced to stop.

With the sprint race at 24 laps, Alonso lost all options to seek the top positions on the grid on Sunday and, after the test, he listed the mishaps with his partner. "It happened what usually happens whenever we go out together. Last year I saw it happen several times. This year it almost drove me against the wall in Jeddah, in Hungary and now here," he said.

"Sooner or later these things happen. A little sadness for the team, for the mechanics, who work a lot. Hopefully tomorrow I can come back, I had a good pace, and score points for the team," he settled.