Alonso: "I hope he keeps Austin's position, they will make the right decision" 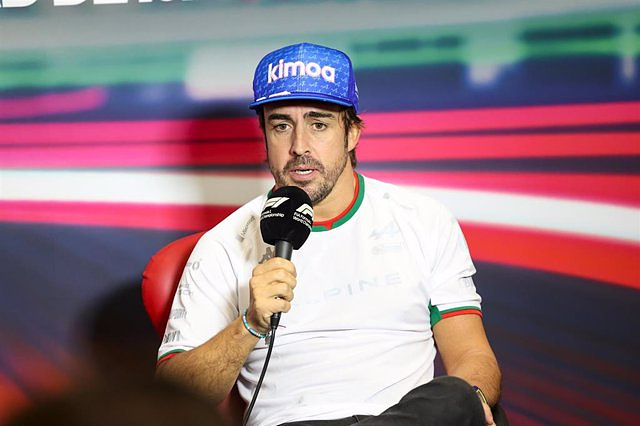 The Spanish Formula 1 driver Fernando Alonso (Alpine) landed at the Mexican Grand Prix still pending what happens with the previous appointment in Austin, and explained this Thursday that he expects a favorable decision from the FIA ​​regarding his appeal for the sanction in the last United States GP.

"I was very sad in Austin. I hope a good decision for us and that we can maintain Austin's position," he told Dazn, at the Hermanos Rodríguez Autodrome, awaiting the verdict of the International Automobile Federation.

"The new FIA is changing a lot of things. I believe a lot in the new president and that we are on the right track. I hope to have a normal race here," added the Asturian driver.

Alonso finished seventh in Las Americas after a spectacular comeback and coming out of a serious accident unharmed. The Spaniard lost his rear-view mirror during his climb up the positions and was later penalized with 30 seconds for driving in unsafe conditions, which took him out of the points.

"I'm fine physically. If this goes ahead, a new scenario opens up. I'm confident they'll make the right decision. Japan was chaotic but they took responsibility. They admitted mistakes for the first time. We all have to work together for the good of the sport," he added. .

‹ ›
Keywords:
MéxicoFernando AlonsoFormula 1
Your comment has been forwarded to the administrator for approval.×
Warning! Will constitute a criminal offense, illegal, threatening, offensive, insulting and swearing, derogatory, defamatory, vulgar, pornographic, indecent, personality rights, damaging or similar nature in the nature of all kinds of financial content, legal, criminal and administrative responsibility for the content of the sender member / members are belong.
Related News