Technical Analysis: Friday's largest gains for ANC, with WAVES up nearly 100% in the last week 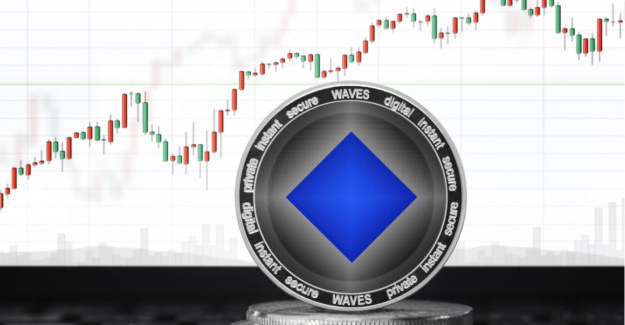 The global cryptocurrency market cap dropped more than 4% at the time of writing. GALA and MKR were the biggest decliners.

WAVES continued its streak of success on Friday as the 47th largest cryptocurrency in the world rose for a sixth consecutive session.

Today's rally came as WAVES/USD prices soared to their highest levels since December 17th, breaking through resistance of $19.72.

WAVES was trading 4.07% higher at the time of writing, as the 14 day RSI rose its highest level since January 31.

The RSI has reached its highest level since August last year, when it traded above 80.

Although this may be bad news, it is likely that bears will be close by, with prices currently overbought and trading at resistance.

After its breakout from $4.05. long-term resistance, Anchor protocol was back up for a fourth session.

This was the latest action after the 14-day RSI failed at breaking its floor of 69 and instead rose to a record high of 83.

As of today's writing, ANC/USD has risen almost 24% and reached an intraday high at $5.53.

Overall, ANC has risen more than 55% over the past seven days. If this bullish pressure continues, we could see even higher record highs this weekend.